In the dictionary, Peace is defined as freedom from disturbance; quiet and tranquility.

Have you ever wondered where the Peace symbol originates from? In 1958, British artist Gerald Holtom drew a circle with three lines inside, intending the design to be a symbol for the Direct Action Committee Against Nuclear War (DAC). The design is a circle with the lines within it representing the simplified positions of two letters, "N" and "D".

In Britain, the symbol became the emblem for the Campaign for Nuclear Disarmament (CND), thus causing the design to become synonymous with nuclear disarmament. In 1960, the symbol migrated to the United States and began to be used as a symbol for the peace movement.

Today internationally, the symbol is still continued to be used. 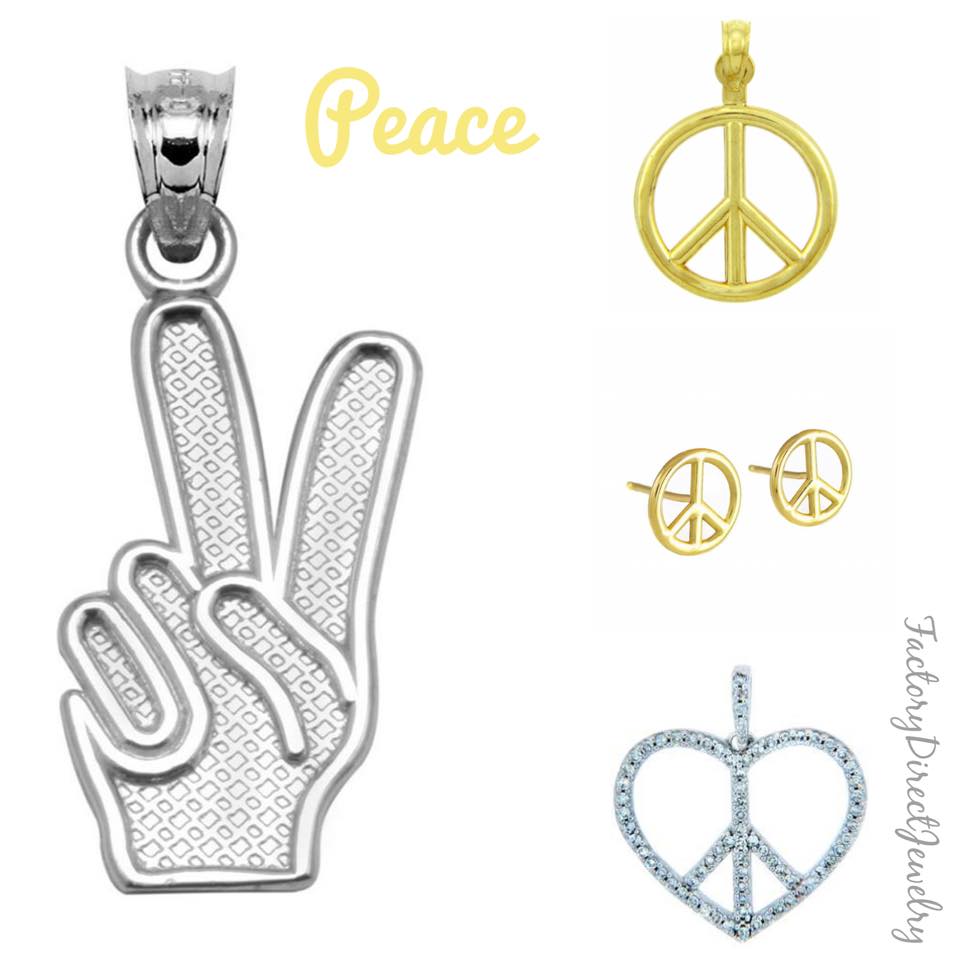